India’s ‘gift to the world’ in the fight against climate change: Prime Minister Modi

Six years after being jointly launched by India and France, the International Solar Alliance (ISA) has been conferred Observer Status by the UN General Assembly, a historic decision which would provide for well-defined cooperation between the ISA and the UN and benefit global energy growth and development.

The ISA was conceived as a joint effort by Indian Prime Minister Narendra Modi and former French President Francois Hollande in November 2015 at the 21st session of the United Nations Climate Change Conference of the Parties (COP-21) in Paris.

ONE SUN, ONE WORLD, ONE GRID

The founding conference of the ISA was co-hosted by Modi and present French President Emmanuel Macron on March 11, 2018, in New Delhi. Apart from the French President, 21 heads of state, six Vice-Presidents and Deputy Prime Ministers and 19 ministers as heads of delegations attended the conference.

At the time, the US, under former President Donald Trump, was showing a lack of interest in matters related to climate change. Macron also made a veiled reference to Trump’s decision to pull out of the Paris Accord during the conference.

Today, with the US on board; the ISA has been joined by 103 countries. It has not only grown faster than any other multilateral organization but already launched a slew of multilateral initiatives to promote solar energy.

As Prime Minister Modi recently said at The Energy and Resources Institute’s (TERI) World Sustainable Development Summit, “Sustainability
requires coordinated action for the global commons. Our efforts have recognized this inter-dependence. Through the International Solar Alliance, our aim is One Sun, One World, One Grid. 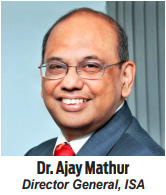 The ISA is an action-oriented, member-driven, collaborative platform for increased deployment of solar energy technologies as a means for bringing energy access, ensuring energy security, and driving energy transition in its member countries

The alliance was formed to promote solar energy in member countries and to mobilize over $1 trillion of investment for the deployment of solar energy at affordable costs.

The ISA is a coalition of solar resource-rich countries that lie either completely or partly between the Tropic of Cancer and the Tropic of Capricorn. Now it has opened membership to all member states of the United Nations. It is the first inter-government organization headquartered in India, in Gurugram.

The ISA primarily consists of an Assembly, Secretariat, and different committees. The Assembly of the alliance is the apex decision-making body and the Secretariat is responsible for its operations and functioning. The body is funded by voluntary contributions by its members, partner countries, the UN, and the private sector, while revenue is generated from specific activities approved by the Assembly.

“The ISA is an action-oriented, member-driven, collaborative platform for increased deployment of solar energy technologies as a means for bringing energy access, ensuring energy security, and driving energy transition in its member countries,” says Ajay Mathur, Director General of ISA. 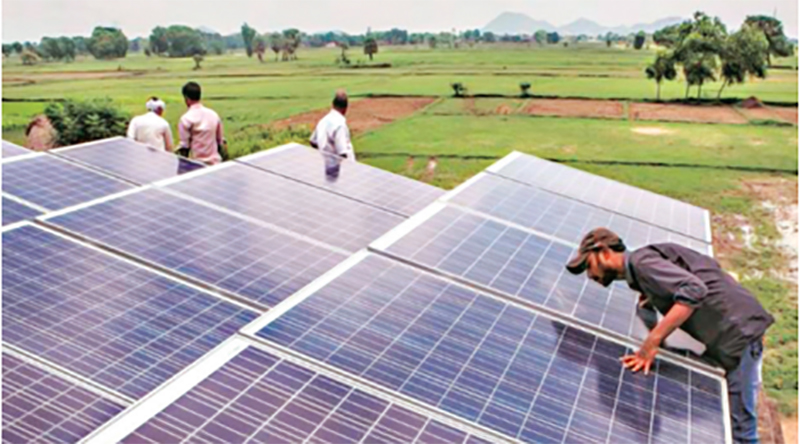 Yet another major reform

How a Tech Giant is Increasing Diversity in the Industry