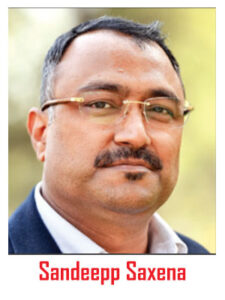 Mansi Thakar is a 24-year old geologist from Mahuva city, Gujarat. Abhishek Mani is an 18-year-old youth from Azamgarh, Uttar Pradesh. Karnav Rastogi is a 12-year-old student from Mumbai, Maharashtra. All three are from different parts of the country, from different backgrounds, and of different age groups. But they all have one thing in common – they are Tide Turner champions who have brought about exceptional change by creating awareness about single-use plastic through communication, education, and innovation.

The Tide Turner plastic challenge is a global youth initiative by the United Nations Environment Programme (UNEP) to address the issue of plastic pollution threatening life in oceans, rivers, and on land. The initiative seeks to educate young individuals on single-use plastic pollution, leading to action that will reduce land and marine plastic pollution. It also aims to motivate them to alter behavior and norms around plastic usage at both individual and community levels.

A total of 331,804 youth from across India joined the Tide Turners Challenge with the aim of beating up plastic pollution. These changemakers undertook individual and community-based actions to turn the tide on plastic. Many have brought exceptional change and have truly led with action, turning the tide, one young person at a time.

who lives in Mahua, Gujarat, noticed that at a popular temple by the beach in her neighborhood, the waste from the temple was either thrown in the ocean or on the beach. As part of the Tide Turners plastic challenge, Mansi became aware that the waste from the temple was adding to the rampant problem of plastic waste. Through TTC, as she got an opportunity to interact with experts in the field of waste management, segregation, recycling, and beach clean-up, she was truly inspired to find a solution for this problem.

The determined 24-year-old began beach clean-up activities every Sunday with a group of people. She also spoke to the devotees and visitors, making them aware of the impact of their littering. Her efforts resulted in dustbins being installed near the temple and a reduction in litter. Local vendors also stopped selling water in plastic pouches and began selling water in bottles, which they now collect for recycling and even earn a small amount of cash.

The clean-up of the beaches with the help of volunteers removed plastic litter, including ghost fishing gear which includes any abandoned, lost, or otherwise discarded fishing gear, much of which often goes unseen. This saw an immediate positive impact when green turtles began returning to the beach to hatch their eggs and a variety of migratory birds too began visiting.

To sustain the efforts, Mansi and her group have set up a system of waste collection, segregation, and recycling with the help of the Gujarat State Forest Department. Inspiration for the youth of Mahua, Mansi’s efforts have been recognized by the Ministry of Environment Forest and Climate Change. She also represented Tide Turners Champions at the Tide Turners National Youth Summit.

“By our own individual efforts we can effect change that leads to big movements,” says Mansi

Abhishek Mani
An agent of change

“Behaviour change is very important to stop this menace. But it is the most difficult to achieve,” says 18-year-old Abhishek Mani, who was very excited to join the Tide Turner Challenge.

Abishek, who has been active in scout and guide activities, took on the problem of plastic pollution head-on in his region by creating awareness and sensitizing people in his community. He began with an awareness drive to stop the use of single-use plastics and soon, together with his friends, he started undertaking clean-up drives in his area.

He focused his attention on a drain choked with plastic waste just outside his school – the drain was responsible for injuring children who fell into it. With the help of local municipal authorities, he cleaned up the drain.

With the guidance given by TTC, Abhishek’s efforts have shown good results. Today he has a team of 30+ supporters who create awareness in the community and undertake cleanup drives and plantation post-cleanup. They have also connected with recyclers who now collect waste directly for recycling.

Abhishek is truly an agent of change in his small town.

The story of 12-year-old Karnav Rastogi is as interesting as it is inspiring. This dynamic young boy is a writer who has made a tremendous impact through his innovative communication efforts.

Karnav wrote an e-comic on coronavirus and the environment, through which he collected funds for COVID-19 Warriors, the people who were at the forefront to fight COVID-19 at the community level, and for the COVID-19 affected children’s education. He is the youngest and the only Indian nominated for the World Happiness Awards, COVID-19 individual category, instituted in Florida in California.

When Karnav became a part of the TTC, a realization dawned on him that students use a lot of plastic in their daily lives which can be easily avoided. He believed that we all have the power individually to stop the menace of single-use plastic pollution.

He started by making the change himself. He stopped using plastic covers for his books and put used newspaper covers instead; he chose seed pencils over plastic pencils, and metal pens over plastic pens. He also replaced paper cups with coffee mugs, wet wipes with bamboo wipes, and disposable masks with reusable masks.

He and his friends started a campaign, ‘Project Mask’, to prevent disposable masks from entering the ecosystem.

It was the Tide Turner Challenge that guided and inspired this young warrior to create the education material on plastic pollution for young audiences as well as create awareness to bring about behavior change.He believes that change has to begin with oneself. 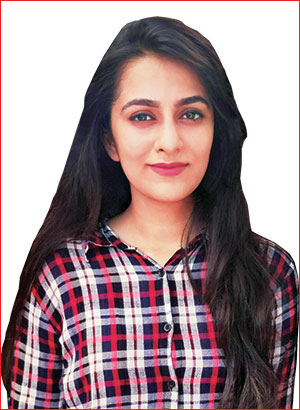 A determined Mansi Thakar began beach clean-up activities every Sunday with a group of people. She also spoke to the devotees and visitors to the temple, making them aware of the impact of their littering 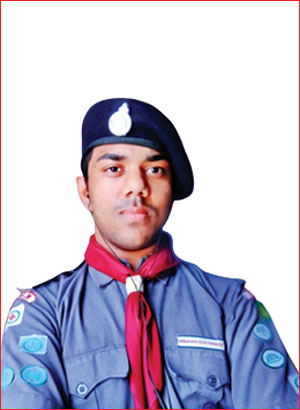 Abhishek Mani focused his attention on a drain choked with plastic waste just outside his school – the drain was responsible for injuring children who fell into it. With the help of local municipal authorities, he cleaned up the drain 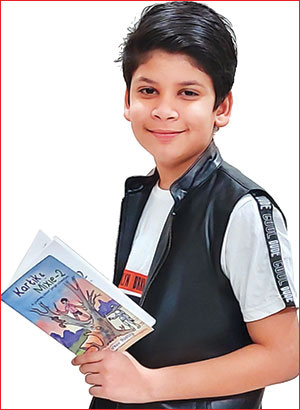 When Karnav Rastogi became part of the TTC, the realization dawned on him that students use a lot of plastic in their daily lives which can be easily avoided. He believed that we all have the power individually to stop the menace of plastic pollution

Leading from the front

Since the UNEP established its footprint in India in 2016, Bagai has decisively led from the front to fulfill its mandate across Climate Change; Chemicals, Waste, and Air Quality; Environmental Governance; Resource Efficiency; Environment under Review; Healthy & Productive Ecosystems, and Resilience to Disasters and Conflicts.

Some of the notable work done in the last three years under his leadership are:

Successfully organized the biggest ever World Environment Day celebrations in 2018 with commitments to end single-use plastic in India by 2022. Successfully assisted the Ministry of Finance in establishing a Task Force for framing the Sustainable Public Procurement Action Plan.

Helped kick-start a global initiative on The Partnership for Action on Green Economy with UNEP as the lead agency in India.

A laid a strong foundation for partnerships with the MoEFCC, Ministry of Railways, MoHUA, MoHFW, Central Pollution Control Boards, and State Governments.

Previously, as a career civil servant, Bagai rose to be the Director (Ozone) in the MoEFCC, Government of India, before joining UNEP in 2000. He has worked in various senior positions in the state of Uttar Pradesh and the Central Government. As a UN veteran, he has spent over two decades spearheading challenging assignments in regions across South and Southeast Asia and the Pacific Islands

My own Kashmir Files

A licence raj relic set to be buried

A licence raj relic set to be buried