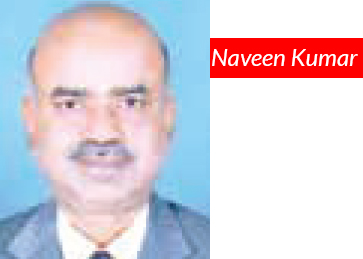 The Conference of Parties (COP) is the most important platform to discuss issues related to climate change which has been identified as one of the key global concerns over the last decades, necessitating the development of policies and initiatives aimed at mitigating and adapting to it. Furthermore, developing countries which are vulnerable to climate change are more exposed to face negative effects of climate change due to their geographical location, poor economies and limited adaptation capacity.

International efforts to address climate change began with the adoption of UNFCCC in 1992 with the principle of “common but differentiated responsibilities and respective capabilities”. The UNFCCC treaty began gathering annually to monitor progress in addressing climate change, and beginning in the mid-1990s, to negotiate the Kyoto Protocol, which established responsibilities for developed countries to cut their greenhouse gas emissions. Several mechanisms like Clean Development Mechanism, Joint Implementation, Emission Trading and others have been designed to transfer benefits among parties in order to reduce GHG emissions.

The total land and ocean temperature has risen at an average pace of 0.08 degrees Celsius per decade since 1880. The rising trend in average global temperature has not been uniform and it has numerous impacts on life support system. The degree of future warming experienced by earth is determined by how much carbon dioxide and other greenhouse gases we emit in the next decades. Today, our activities (burning fossil fuels and cutting forests) add around 11 billion metric tonnes of carbon to the atmosphere each year (equal to little more than 40 billion metric tonnes of carbon dioxide). Because that is more carbon than natural processes can remove, atmospheric CO2 levels rise year after year.

This year the 27th Conference of Parties of United Nations Framework Convention on Climate Change, which is being held in Egypt, has a lot to talk about, from financing the transition to sustainable energy to conserving the world’s forests.

The state of Bihar, like other areas of the country, is also vulnerable to climate change. Bihar is one of the fastest-growing states of the country. Agriculture occupies a very crucial space in Bihar’s economy. The growth in agriculture and allied sectors has been steady in Bihar. But it is also the prime sector to be affected by climate change. The state experiences extreme climatic conditions like flood and drought simultaneously in different parts of it. Realising the potential risks, impacts, and vulnerabilities well in time, the Government of Bihar initiated Climate Resilient Agriculture making the sector more climate resilient while enhancing the productivity and income of the farmers. Apart from this, a huge thrust is put to enhance environmental sustainability. The state is also in the process of development of a Climate Resilient and Low Carbon D e v e l o p m e n t Pathway for different sectors.

The state has taken leadership through many initiatives like the Jal Jeevan Hariyali Mission aimed at rejuvenation of water bodies, Agriculture Roadmap, etc. Development and sustainability have to be intertwined and cannot be viewed as separate issues. The agenda of climate change mitigation and adaptation is crucial for economic development.

Governments around the world are trying to address these issues through cooperation, coordination, and collaboration. The inputs from the ongoing conference will guide the governments in exploring options to build convergence between the developmental and climate goals. Not only governments but actions are required at individual level also. Small changes in our lifestyle can make big differences. The challenge of climate change is crucial and we all must continue our efforts, in fact, accelerate them. We must take care that our day-to-day activities should be such that they should not have any adverse impact on our environment without compromising with the quality of life. It is the time when all of us should join hands together to combat with effects of climate change otherwise our goal of sustainable development will not be achieved and our future generations will not forgive us for the same.

The writer is a scientist with Bihar State Pollution Control Board, Patna