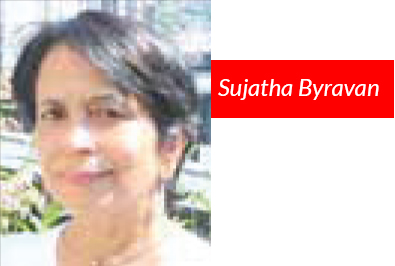 All around the world, the evidence for climate change impacts is unambiguous and terrifying. Heatwaves, wildfires, droughts, floods, and intensifying storms in various regions have destroyed lives and livelihoods. No region has been spared, but the poorest everywhere bear the brunt of the effects. The effects of climate change and other human activities on biodiversity have also been severe. For instance, more than twothirds of species populations have been decimated since the 1970s, according to the Living Planet Report. The 27th meeting of the Conference of Parties (COP) to the United Nations Framework Convention on Climate Change (UNFCCC) is taking place in the seaside city of Sharm el-Sheikh, Egypt, from Nov 6-18. Negotiators at COP27 will spend two weeks discussing the significant challenges and try to lay out a way forward.

Europe and North America are responsible for 62 per cent of anthropogenic greenhouse gases (GHG). Countries in these regions, especially the US, have been dragging their feet, or obfuscating, during the last several meetings on discussions where they have had to provide funds or other kinds of support to developing countries. All of this comes to a head at COP27 in Egypt.

The main areas of contention will be funds and other means of support for adaptation (living in a warmer world), loss and damage (compensation for destruction from climate change), and mitigation (reducing GHG emissions). Another dispute is ratcheting up emissions cuts to keep warming targets within reach. The world agreed to provide USD 100 billion each year to help developing countries, but that goal has not been met. Loss and damage is a priority for the least developed countries, but the US fears that providing funds would amount to admitting liability in climate change litigation.

In 2015 at COP21 in Paris, the international community agreed to try and limit global warming to within 1.5°C above pre-industrial temperatures. Earlier, the lakshman rekha agreed upon was to limit warming to 2°C, but the difference in the scale of impacts from a further half a degree of warming is immense.

The recent Emissions Gap Report finds that the world is far short of the goals set at Paris, with no reasonable pathway to stay below 1.5°C. Only a rapid “system-wide transformation can avoid climate disaster.” Sectors to be transformed are electricity, industry, transport, buildings, agriculture and food systems, and land use. Based on targets for emissions reductions agreed to in Paris, many of the biggest emitters are off track. India is one of the exceptions and has more than met its pledges. The country is under pressure to phase out coal, but in the absence of reasonable alternatives for baseload electricity, it seems likely that negotiators will continue to resist such calls. Nevertheless, at the last COP in Glasgow, Prime Minister Narendra Modi committed India to becoming net-zero, or carbon neutral by 2070.

GHG emissions have been rising despite the increasing adoption of renewable energy technologies such as solar and wind, which have become competitive with fossil fuels. Average annual global GHG emissions were 54 billion tonnes of carbon dioxide between 2010 and 2019 and reached a high in 2019.

The world would need to reduce emissions to zero within a decade to have a decent chance of limiting temperature rise to 1.5°C. This seems to be a near-impossible task (we are already 1.2°C warmer).

The US is the biggest emitter with 25 per cent global cumulative emissions since 1750. Following the 2020 elections, under President Biden, the US re-entered the Paris Agreement and agreed to reduce emissions by fifty per cent by 2030. The US Congress also passed the Inflation Reduction Act, which designates tens of billions of dollars to catalyse the shift to decarbonisation in the energy sector, transport and buildings. There has been strong resistance from most Republicans and some Democrats to act on climate change. The divisive issues in the climate talks have become critical, setting the stage for a contentious fortnight in Egypt.

The writer is a US-based scientist and environmentalist