The world needs $1 trillion per year, US plans $ 1 billion annually as voluntary funds by private players

Apoignant paradox looms at the heart of the COP 27 jamboree at the salubrious coastal city of Sharm Al Sheikh, in Egypt. The paradox points a powerful torch at the glaring gap between goals for sustaining life on earth and the failure of actions by all countries, especially the prosperous developed world.

Each country of the world knows that we must stop pouring greenhouse gases into the atmosphere. Yet each country ends up becoming a free rider. Progress towards making new net zero commitments and putting them in legally binding terms is not being realised.

The developed world urgently needs to mobilise an estimated minimum of one trillion US dollars (US $ 1 trillion) a year according to Martin Wolf (Financial Times) for transferring and compensating least developed and developing countries (minus China). But in actual reality the US special Presidential envoy for Climate, John Kerry, according to New York Times, has merely been able to cough up one billion US dollars in the voluntary contribution by the private sector in the US. There are no legal binds on the voluntary contribution by private players. Other developed countries of Europe, on the brink of recession and facing a serious energy crisis generated by the war between Ukraine and Russia, have been laggards in any kind of climate action.

Moreover, Western European countries, previously leading colonial empires, have made free use of the global carbon sink for over two centuries while plundering the colonised countries of Asia, Africa and Latin America. The ex-colonisers owe trillions in reparation to the third world. Without the $ 1 trillion that the developed world needs to transfer to the developing world, the targets laid out in the Paris agreement and Glasgow Pact of 2021 will be impossible to achieve. The need of the hour is a degree of urgency, to accelerate actions to keep 1.5 degrees Celsius on the Table. The truth is scary points out Wolf: “the goal of limiting the increase in temperatures above pre-industrial levels to the recommended 1.5 degree Celsius should be declared dead……We are in sum all too likely to fail.”

For the developing countries, including all of Africa, Latin America, and large parts of Asia, including India, the choices are cruel, as if between Scylla and Charybdis. The dilemma for the developing world is how to alleviate poverty and inequality, empower and develop vast numbers of their poor population and yet combine that with containing and ultimately eliminating emissions of greenhouse gases. Countries like China, India, and South Africa, have the largest deposits of coal reserves in the world. Each of them generates vast amounts of electricity from thermal power plants which are coal-based. These developing countries, except China, need access to technology and finance to switch to new energy systems.

The world needs massive investment, public and private and an enhanced role of multilateral development banks. Furthermore, high-income countries must double, or even treble, their concessional finance to the emerging and developing world, and manage the latter’s debt problems. All this requires a Herculean effort, nothing less than a war, where everyone should be on the same side, pursuing the same goal.The world together must win, what today appears like a utopian war. 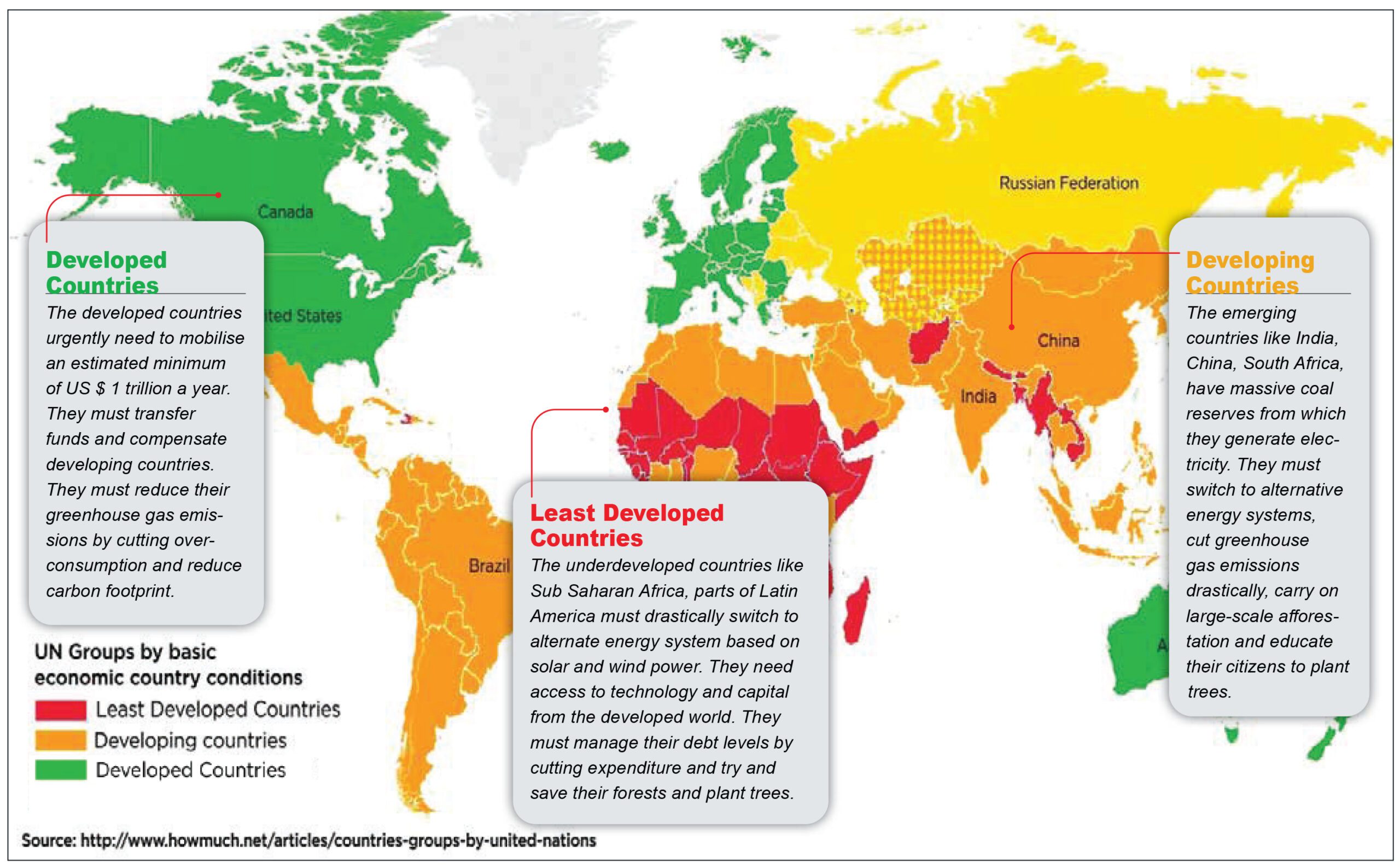 The curious case of Spain